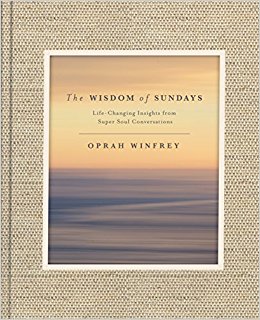 Earlier This week I finished reading The Wisdom of Sundays by Oprah Winfrey. If you’re not familiar with the book, it’s a collection of interviews from her show Super Soul Sunday compiled into chapters along with some short commentary by Oprah. So far it’s been my favorite book of 2018. Even though it’s an odd way to organize a book I really enjoyed how each chapter had its own unique voice and perspective. It could have easily felt out of sorts, but it really worked.

“I believe three of the most important words anyone can say are not I love you,  but I hear you.”

Toward the end of the book in chapter 10, Oprah opens by saying “I believe three of the most important words anyone can say are not I love you,  but I hear you.” She goes on to say when asking someone what they really want given enough time and space to answer the majority of people will respond with some variation of “I want to know that you value me.” These ideas have really stuck with me over the last week. Does being heard directly equate to being valued? Can being heard really be more powerful than being loved?

The more I thought about it the more I was transported back to an experience I had three or four years ago with a similar phrase at The Wild Goose Festival. The Wild Goose is a festival for progressive Christians and people of faith to all gather together for a magical four days in the tiny mountain town of Hot Springs, North Carolina. If you haven’t heard of the festival check out their website here. I can’t recommend it enough.

For my friends and me it has become a tradition to share communion together on the last night of the festival before we prepare to return to our individual communities across the country the following day. Every year we gather our camp chairs into a circle and pass bread saying to one another “this is the body of Christ broken for you” followed by a glass of wine “saying this is the blood of Christ shed for you.” Similar to what you might expect to find in a traditional church service any given Sunday morning except a little more rag-tag. 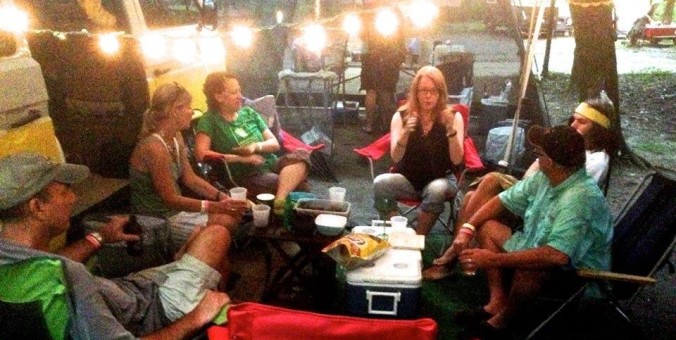 There is no steeple, no pews, no one in their Sunday best, no long prayers, and no drawn out sermon. We’re outside in the woods sitting in camp chairs, or on the ground. We’re in sweaty t-shirts from the heat of the North Carolina summer and muddy jeans from the inevitable rain, but in a weird way it’s the realist way I experience church. For me It’s always the crescendo of the festival.

This particular year we gathered together in our normal circle of camp chairs just as we had nearly every year prior, but this year Bruce asked if we could do things a little differently. Bruce was a man in his fifties attending the Goose for the first time. Bruce was a philosophy professor, and had a certain peace about him you don’t come across very often. He, along with a couple of his friends had driven their VW bus all the way from Colorado and had camped in the site next to us.

I had never experienced taking communion this way, and It’s hard to capture the Impact it had on me. Something about proclaiming “I am here!” felt powerful and even a little defiant. As an LGBT person I have often found myself at the church doors saying “I am here” only to hear there’s no room for you.

Plenty of LGBT people have found themselves in communities that allowed them to attend, but wouldn’t allow them to serve in ministry or be an elder or even sing in the choir. A friend of mine was even told he was welcome to attend, but to please sit in the back. That last one still makes me cringe. As queer people of faith we’re here, but we’ve often not been seen.

To follow that proclamation by hearing “and I see you” filled me with a million emotions. To have that experience directly followed by communion felt beyond anything I could write. It felt like God.